Page two completes the story of the building of the Rocket, and mentions other locomotives that were built at the same time in the same workshop. It also mentions the cost of building the famous locomotive: £550. Finally, information on Rocket 150 is provided (though the magazine erroneously refers to “the Centenary” of the Rainhill Trials - it was in fact the 150th anniversary that was celebrated in 1980) 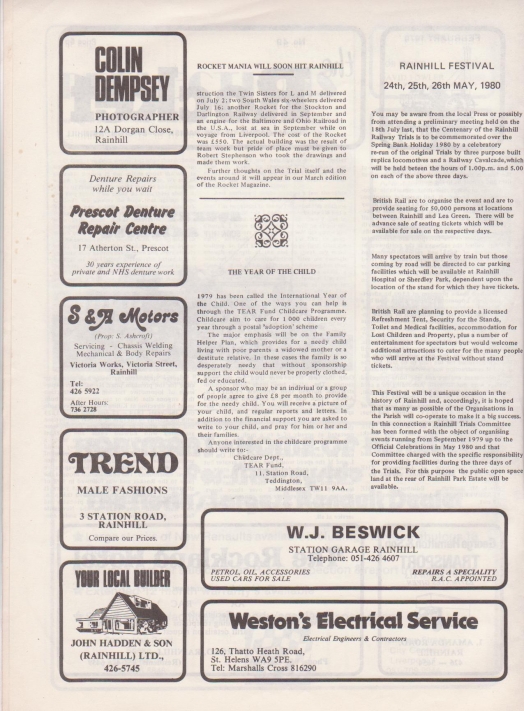