Home » Resources » The Foundation of the ASRS

The Foundation of the ASRS

This page describes the formation of the first successful railway trade union, the Amalgamated Society of Railway Servants. It describes Michael Bass, the Liberal MP who set it up. The ASRS came about when Bass, a shareholder in the Midland Railway, was approached by some of his Derby constituents in the summer of 1871 to urge the directors to reduce working hours: Bass raised the question both at shareholders’ meetings and in the House of Commons, and also employed Charles Bassett Vincent to organise the railwaymen and from February 1872 subsidised the weekly Railway Service Gazette, arguing for the creation of railway unions. As a result of Bass’s support, in November 1871, a small number of railwaymen from London formed the ASRS, which was formally registered as a trade union on 2nd March 1872: “the first all-grades railway union”. Three of the ASRS’s delegates at its inaugural conference on 24th-26th June 1872 were sacked for their participation 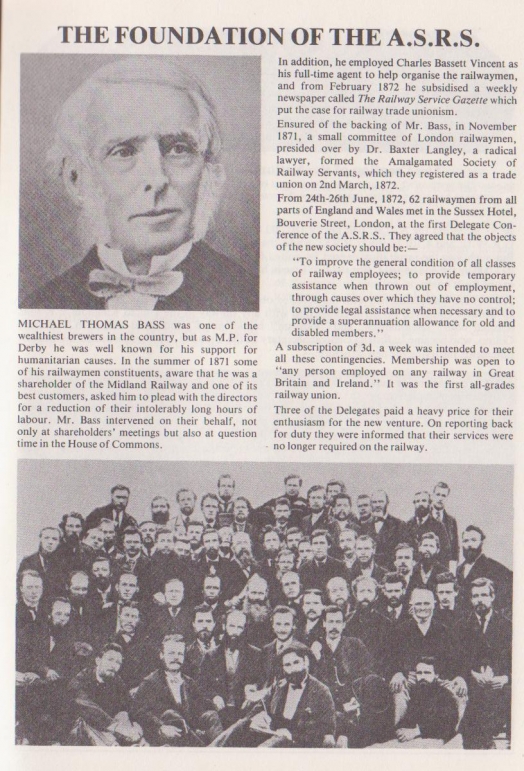