Home » Resources » George Stephenson and the Railway Age back

George Stephenson and the Railway Age back

This is the back page of the leaflet featured in the previous image, continuing the mini-biography of George Stephenson, together with a portrait of the great man. Note that it wrongly names the first locomotive on the Stockton and Darlington Railway as “Locomotive No. 1” rather than “Locomotion No. 1”, and states that the Rainhill Trials took place in 1830 when in fact, of course, they occurred in 1829. The leaflet goes on to state, “Stephenson won [the Rainhill Trials] with his now famous Rocket” - in fact, the triumph at Rainhill properly belonged to his son Robert, who had built the Rocket, and whose company was given the contract to build locomotives for the Liverpool and Manchester Railway as a result of the Rocket’s victory. 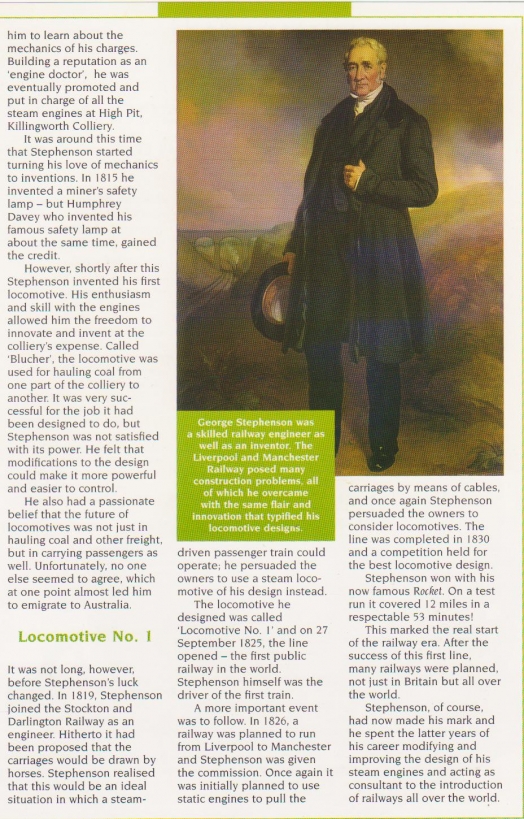 Categorised under: The Station & Railway Pioneers